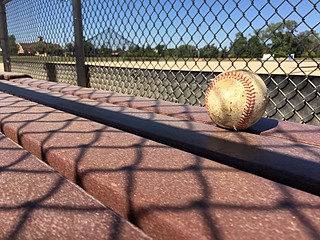 I tried. I honestly did. I’m sorry, Cleveland, I’m a Chicago Cubs fan.

For years and years, even since I moved to Chicago, I questioned my allegiance, wondered who I would root for, in the end, if the “End of the World” scenario would happen, a Chicago Cubs vs. Cleveland Indians World Series. The world is still spinning yet here we are, five games into the World Series, with Cleveland up 3 – 2, and I finally know where I stand. It occurred firmly during game five when I announced on Facebook I had cheered on the Cubs for the first four games, but I was all in for the Tribe in game five.

Because, like many a sports fan, I assumed my actions actually influence a team in some way, I blamed the Cubs being in their losing situation as my fault because I was on their side. I also didn’t want to be on the side of the loser so I announced on Facebook that I was all in for the Tribe, and in doing so I was either helping out the Cubs because my flipping sides would cause them to win, or I would at least be on the side of the winner and could revel in a glorious World Series victory. That “flipping” lasted about 1/2 pitch.

Firmly implanted in the couch, with beer on my left side, the Indians came to the plate, and I quickly began to drive my wife crazy as something good would go the Cubs way, I would express my glee, but then quickly say “No, wait, I mean ‘Bad, bad, bad!'” For that first inning, with every action, my wife had no idea who was doing better, and try as I might to switch my happiness or disappointment to an action by Cleveland, I kept finding myself happy or disappointed in the actions by the Cubs, and when Cleveland scored in the second inning, and I was pissed at the sign of impending Cubs doom, I realized right then that it had finally happened, I was a Chicagoan. I was a Cubs fan.

I guess I shouldn’t be surprised as I’ve lived in Chicago for about 31 of my 49 years now, not including my short stint in middle Illinois, and as the years have gone by, and never being able to actually watch a Cleveland sports team, I’ve gotten sucked in by the generally suckiness of Chicago teams, with a few glimmers of hope in the White Sox World Series, and if I were a bigger hockey fan I’ve always got the Blackhawks.

Don’t get me wrong, I still root for the Cleveland teams, just not when they are playing the Chicago teams.

So here I am, the morning of game six of the World Series, and it’s time to accept it, I’m a Chicago fan. I will accept my fate in this World Series, either being happy for my Cleveland fans who for years, up until the Cavs, wallowed in suckiness, but from the first pitch tonight I’ll be all in, oh way, I can’t be “all in,” that’s a Cleveland thing, so I guess I’ll just be cheering on the lovable losers, the Chicago Cubs, and pray they won’t be losers any longer.

As my mom would say, “Go Cubbies!” She would have loved this series, though it might have killed her, but as much as she like the Cubs I have no doubt she would be cheering on the Tribe because she never left #Believeland.

These days you might
need a reason to smile.
The FREE Make Me Smile
app is here to help!